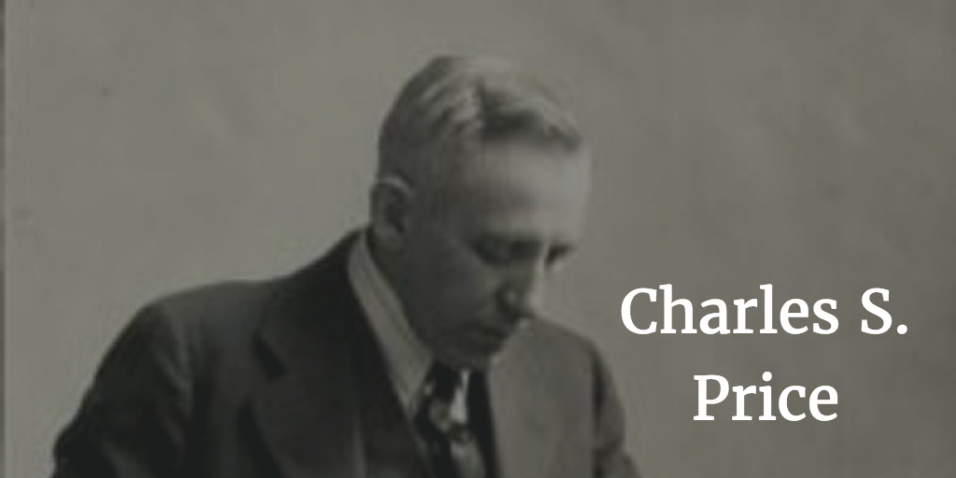 Dr. Charles S. Price (1887–1947) was a foremost leader in the Pentecostal movement in the early twentieth century. Originally from England, price moved to Canada as a young man to begin his career as a lawyer. Not finding anyone willing to hire one trained yet inexperienced as he, he moved around Canada doing various labors, and eventually went to Spokane, Washington. He felt that Spokane was for him, but could not quite explain why.

In Spokane, he fell in with a Christian mission and, yielding to his Christian upbringing in England, became a pastor with the Free Methodist church. Unfortunately, he allowed modernism to creep into his theology. In his autobiography, he said the following:

I very soon got to the point where I could explain every religious emotion from the standpoint of psychology. The result of it all was that I drifted down the long highway that led to modernism. I never gave an altar call—never led a soul to Jesus—never preached the glory of the born-again experience. I was spiritually blind, leading my people into the ditch.

What a tragedy of the Christian experience! What an abject waste of Christ sacrifice—Christ’s call on Price’s life!

Fortunately, God was not quick to abandon Dr. Price. While Price sought to protect his flock from falling into error by disproving the Pentecostal move of God, Jesus met him on the way. Again, we allow Price to speak for himself:

Slowly a bitter antagonism commenced to creep into my heart. They told me of a great campaign where thousands were saved and thousands were being healed. Inserting an advertisement in the paper that I would preach the following Sunday on “DIVINE HEALING BUBBLE EXPLODES,” I made my way down to San Jose, armed with pen and paper to take notes. I intended to return the following Sunday and blow the whole thing to pieces.

It is worth mentioning here that these meetings in San Jose were led by none other than Sister Aimee Semple-McPherson.

While there, he ran into several people from his past who at one point had been previously resistant to Pentecost, but were now in favor of it. Through a series of meetings, Price came to realize that he indeed needed not only the Baptism of the Holy Spirit, but needed to be converted entirely. He speaks of his conversion in his autobiography:

All during the opening part of the service I was conscious of God speaking to my heart. Then came the sermon. It was preached for me. Halfway through the message I had made up my mind what I was going to do and I kept praying to God for strength to carry out my resolution.

The message was over. It was the moment of the altar call. I can hear her now as she said, “I want every man and woman in this audience who will say, ‘Sister, I am a sinner; I need Jesus and I want you to pray for me,’ to stand to your feet.” Tremblingly I stood. A hand was put on my shoulder and the voice of a prominent Presbyterian minister sounded in my ear, “Charles, she is calling for sinners. She is calling for people who need to be saved.” I whispered back “I know it,” and I kept on standing. Then came the rest of the invitation. “Come down and kneel before the Lord. Come ye weary and heavy laden and He will give you rest.”

Down those steps I walked. I was in the act of kneeling at the altar when the glory of God broke over my soul. I did not pray for I did not have to pray. Something burst within my breast. An ocean of love divine rolled across my heart. This was out of the range of psychology and actions and reactions. This was real!! Throwing up both hands I shouted, “Hallelujah!” So overcome was I with joy that I commenced to run across the altar. Dr. Towner followed me—and wept for joy! Then in an ecstasy of divine glory I ran down the aisle to the back of the tent and back to the front again, shouting, “I am saved—Hallelujah!—I am saved!”

It should go without being said that this was a turning point in both his life and ministry. His ministry as an evangelist brought thousands to salvation and many were healed during his campaigns. He also wrote many books, and published a monthly periodical called Golden Grain. Price considered this newsletter the most effective part of his ministry.

For eighteen years, I have been writing the sermons which have sent my written ministry into a multitude of homes, and the printed page has been the means of leading thousands to Christ and Savior and Healer. I am writing today in the full knowledge that my ministry of the printed page now exceeds in influence and power the ministry of the preached word from pulpit and platform.

This publication was continued by those he partnered with some ten years after his death.

We’ve got several books in our library from Dr. Price. Without a doubt, his most popular title is The Real Faith, but there is no question that his other books are something special.

The Meaning of Faith

The Story of My Life

Mussolini: Is He the Anti-Christ? 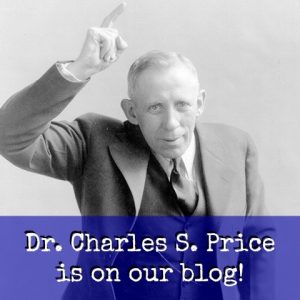 Charles Price is a regular on our blog. We can’t recommend enough catching up on his latest posts.