I Would Rather Be A Man Than An Angel, by Phoebe Palmer

Jawbone Digital > Blog > Uncategorized > I Would Rather Be A Man Than An Angel, by Phoebe Palmer 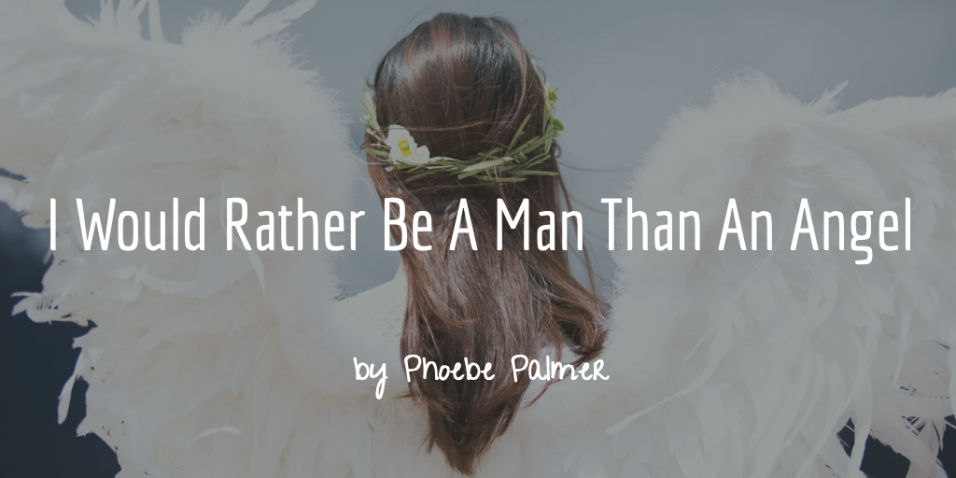 I would rather be a man than an angel, because men may do what angels may not do. The angel could not tell Cornelius about Salvation through Christ; he could only tell Cornelius to send for Peter. It seems to have been ordained in the economy of grace that man should be saved by man; hence God will commission men to do what the highest archangel in Heaven may not do.

Christ left the bosom of His Father, and came from Heaven to earth to save men. If Gabriel could have been commissioned to rescue and save the perishing sons of earth, he might have come down robed in angelic brightness, as when Daniel fainted at his presence. And if such an embodiment of goodness as was found in Daniel sank overwhelmed at his presence, what would have been the consternation of a sinner, polluted and wholly estranged from God? But Christ took not upon Him the nature of angels, He became in fashion as a man. As man, He conversed with men. Had He even been robed in garments of light, as on the Mount of Transfiguration, men would have been overawed with the majesty of His presence, and incapacitated to hear the gracious words which proceeded out of His mouth, and to listen to His offer of Salvation. Verily He took not upon Him the nature of angels; but, taking upon Himself the likeness of sinful flesh, He accomplished His mission of mercy, and ascended on high. But has His image for ever faded away from earth? No!

He has left His image – His representatives; for as He was, even so are we in this world. He died to restore the image of the heavenly; not the image of angels, but the image of God. And now He says to His once rebellious people, “I will put My Spirit within you, and I will walk in you, and dwell in you.” And thus it is with the believer who is saved from indwelling sin. Though still in the world, and inhabiting a human form, he is not of the world.

How wonderful the assertion, yet how true! “Ye are not of the world, even as I am not of the world!” Then the Christian, who has been redeemed from earth by the Blood of Christ, is no more of this world than Christ was of this world. His home is Heaven; and he holds his conversation, his citizenship, there. While Christ, in glorified humanity, represents His redeemed ones before the throne of His Father, He leaves them here to represent Him. His redeemed family on earth is as truly the object of His love and saving care, as is His redeemed family in Heaven; and He can just as truly save a soul on earth, and keep it free from the touch of pollution, as He can thus keep a soul in Heaven. Who would dare to say otherwise, and limit the power of Christ which saves to the uttermost? If, then, we may as surely be saved and kept on earth, as though we were already in Heaven, who would not rather inhabit a human form, and for a short space do the will of God on earth? How much more glorious to be a representative of Christ, than to be a representative of angels; and how much more efficient, in the work of saving souls, the services of a purified spirit inhabiting the human form, than the service of the highest archangel robed in celestial brightness! Oh, yes! for a few short years, if the Lord will, I would rather do the will of God on earth, than exchange places with Gabriel. Gabriel may not go, in his form of unearthly, overwhelming glory, and carry the offer of Salvation to that penitent sinner; but I may go. He may not hasten to arrest the steps of that reckless sinner, whose ways take hold on death, who, with a few steps more, will plunge into everlasting burnings:

I may go, and with entreaties and tears urge him to pause; but the brightest form in Heaven may not do this. If cleansed from all filthiness of the flesh and spirit, and filled with the constraining love of Christ, I shall be called and empowered to be a worker together with God in the great work of saving souls. God will work through me. If He wants to send a message of love and mercy to a praying Cornelius, a sinking Peter, or a doubting Thomas, He may send me. If He would have battles fought, He works not through angels or invisible agencies; but He “teacheth my hand to war, and my fingers to fight” (Psalm cxliv. 1). If He would have the armies of Israel prevail, and His foes brought willing captives to the foot of the Cross, He will employ human agencies in bringing about the conquest. Oh, the wonderful privilege of being a worker together with God in saving a world of sinners; the work which brought the Lord of Glory from His throne to earth! Ah! who can estimate the value of a soul? Were a soul unsaved at the farthest verge of the universe, and were it impossible that that soul should be saved unless every Christian within the bounds of creation should go to its rescue, it were an expedition well worthy the enterprise, in view of the estimate the Saviour has placed on the soul. And may the Christian indeed be a worker together with God in saving souls? Surely this is a work which an angel might covet! and who would not rather be a man than an angel? 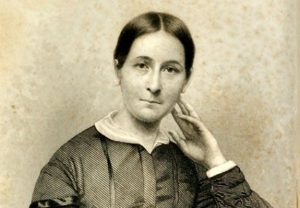