Self-Energy and Failure, by Jessie Penn-Lewis 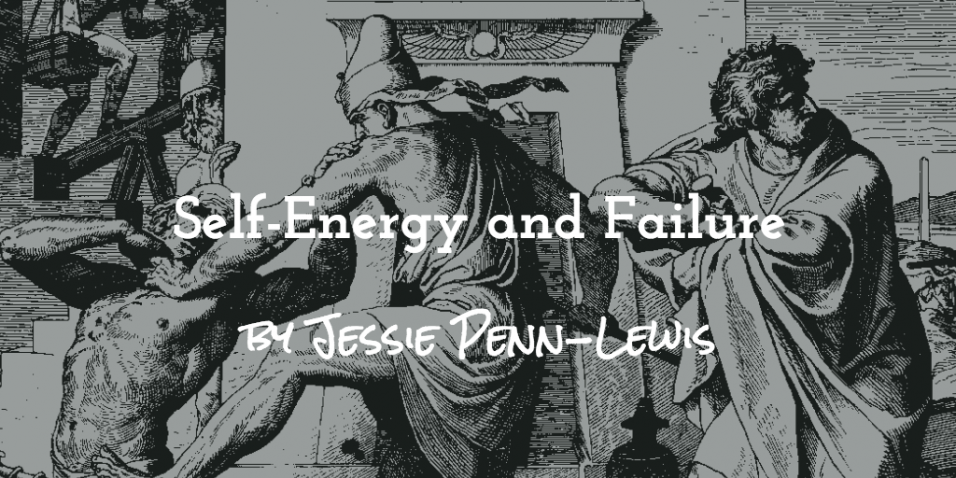 Self-Energy and Failure, by Jessie Penn-Lewis

“It came into his heart to visit his brethren…And seeing one of them suffer wrong, he defended him.” (Acts 7:23-24)

Moses had made his choice.  Does this make him ready to be a vessel unto honour meet for the Master’s use? Not yet!—surrender to God, and choosing the path of the Cross, is not all. The conflict we have gone through in making the choice, and the wondrous peace that fills our hearts when that choice is made, may make it appear as if the needed work is done, but in reality it is only the beginning of our training, for from the central throne of the will of a really conquered soul, God can work out His deepest purposes.

Moses did not yet know himself!  Instruction in all the wisdom of this world, and might in word and deed, are not enough preparation for an effective instrument in the hand of God.

Alas, alas! that in the dispensation of the Holy Ghost we should know no better than Moses!

In our reliance upon the wisdom of Egypt, upon oratory and fleshly energy, we act still as if the weapons of our warfare must be carnal, and go forth, as Moses did, to find out our sad mistake.

The great inward crisis in his life, when impelled to make a definite choice as to his future course, was followed by events that, in the overruling of God, freed him from the life he had decided to renounce.

It is always so when we are in line with God. His inward dealings co-operate with His exterior workings to effect His will. If God deals deeply with us to bring us inwardly to choose the path of the Cross, it will not be long before we shall find ourselves, unexpectedly perhaps, in circumstances where our heart’s choice is translated into fact. Maybe by some act of our own, some apparent failure or mistake, but suddenly—all is changed.

“It came into his heart to visit his brethren.” Thus simply does Stephen speak of a step which had momentous consequences. It was first a thought, then action, and unforeseen results.

Moses “went out unto his brethren, and looked” (Exodus 2:11). Had he never looked before? He must have known that he was of their race. In all these long years when he passed as son of Pharaoh’s daughter, and shared in all the pleasures of Egypt, had he forgotten the people of God and their burdens? Or did he remember and push the thoughts away? The decision that he had now come to, that he would cast in his lot with them, could not have been the work of a moment, but was probably the result of deep heart-searching before the God whom he knew had spared his life when so many innocent babes had been swept away.

Moses looked, and his heart was stirred! We gather from the words of Stephen that Moses already knew that he was to be the deliverer of Israel, and so when he went out to visit his brethren, and saw one of them suffering wrong, he defended him, smiting the Egyptian. Ah, Moses, Moses, this is the way of Egypt, but not of God!

This reminds us of Peter drawing his sword to defend the Son of God, who needed but to speak and have legions of angels to protect Him. It describes, too, many who are fighting for God today, drawing their swords, and smiting all that they conceive to be wrong, forgetting that the Master said, “All they that take the sword, shall perish with the sword,” and again, “If My kingdom were of this world, then would My servants fight.” That His servants do fight shows their forgetfulness of the way of the Cross and the spirit of their Lord.

[bctt tweet=”Many are fighting for God today, smiting all that they conceive to be wrong, forgetting what the Master said…” username=”JawboneDigital”]

Israel would never have been delivered if deliverance depended upon Moses smiting the Egyptians one by one. God had a far better way than this. How small and narrow is our vision! If we would but give ourselves up to God, and seek first to know Him and His will, He would then accomplish great things by us.

God meant to save Israel by the hand of Moses, but not in Moses’ way. Moses himself was the greatest difficulty; it would take time and patient training to make this fiery man a polished shaft.

We are amazed when the souls we want to help do not accept us. We know that God has called us, and told us that He will give deliverance to souls by our hands. With hearts full of our secret dealings with Him, and of all that He has said to us, we go out and suppose that others will understand that God is working through us, when as yet it is not God at all! It is God, in so far as that He permits our efforts to be made, but only that we may fail and know ourselves.

The record in Exodus tells us that after Moses had “looked this way and that way…he slew the Egyptian, and hid him in the sand” (Exodus 2:12).  This was not “worthy of God.” He does not do His work like this, nor ask His children to do anything unbefitting their high and heavenly calling. When He did bring out Israel from Egypt, it was by a stretched-forth arm and glorious power, so that the Egyptians themselves bowed down and said, “Get thee out.”

Let us not dare to put God’s name to anything that needs a “looking this way and that” before or after it is done. Let us beware of any money-getting in His name, or even attempted soul-getting, that cannot bear the light of His terrible crystal.

Surely Moses must have been conscious that all was not right! When he retired to rest that night, did it not occur to him that Israel would never be delivered in such a way? So, too, does it not dawn upon us that, in spite of all our “defending and avenging,” souls are yet in bondage to sin and the world, and that our puny efforts to free them are like an attempt to empty the ocean with a spoon? Some know it, and are almost crushed. They say, “Are we then to do nothing when we see the burdens of the oppressed?” In God’s name, Yes; but let us first get into line with God, so as to work with Him, and not apart from Him.

God and Moses can bring Israel out of Egypt, but Moses alone—never!

“And when he went out the second day, behold, two men of the Hebrews strove together: and he said to him that did the wrong, Wherefore smitest thou thy fellow? And he said, Who made thee a prince and a judge over us? Intendest thou to kill me, as thou killedst the Egyptian? And Moses feared” (Exodus 2:13-14).  One of those shafts that strike home, winged by the hand of God! It is hard to be told the truth thus sharply, and by those you seek to help. Unpleasant though it may be, if we covet these home-thrusts from others, who see us as we cannot see ourselves, we will be able to submit our lives to Him who can adjust them so that they give no occasion of reproach. No soul that shuts itself up within itself, and carefully avoids every outlook but its own, will ever “look from the top” with God over a wide horizon.

So this was how the thing looked to the very men he longed to help! If Moses had been able to justify his action to himself, it was a rough awakening. The man he rebuked for smiting his brother could not distinguish between his action and that of Moses! In one case, true, it was a common quarrel; in the other it was the noble ideal of delivering the oppressed. The ignorant Hebrew surely could not distinguish things that differ

Nay, nay, child of God, that action of yours may be prompted by a noble ideal, but to others looking on it savours of the world, or of the spirit of the flesh.

We may not let our good be evil spoken of, and we are bidden to avoid the appearance of evil, and to take thought for things honourable in the sight of all men.

“Who made thee a judge over us?” met the ears of Moses as he sought to make peace between his brethren. What utter failure! Let us thank God for our failures and our rude awakenings. Far, far better to have them now than to live in self-delusion and awaken too late, to find at the judgment-seat that we must “suffer loss” because we could not bear the truth.

The shaft struck home.  Moses feared, and Moses fled—fled to the land of Midian, a pilgrim and a stranger. He had made his choice, and by his own free will determined to take the path of the Cross, to suffer affliction, loss, and reproach. Now in two brief days, and apparently by his own folly, his court life had faded into the past, and he found himself a wanderer and alone, a stranger in a strange land.

This period in the history of Moses has its counterpart in our own experience; but, alas, many of us spend years in learning our powerlessness in the work of God, although we know that we are not acceptable to the souls we want to help, and “Who put you over us?” not unfrequently meets our ears. Let us not blame the people, as we are so often disposed to do, but rather let us seek the light of God to know the cause of failure in ourselves, that He may make us vessels unto honour, meet for His use.

This post comes from Penn-Lewis’ book Face to Face, which is available for the Kindle as either a single, or as part of her collected works. 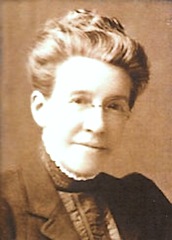 The Centrality of the Cross
Kindle

The Climax of the Risen Life
Kindle

Face to Face: Glimpses Into the Inner Life of Moses, the Man of God
Kindle