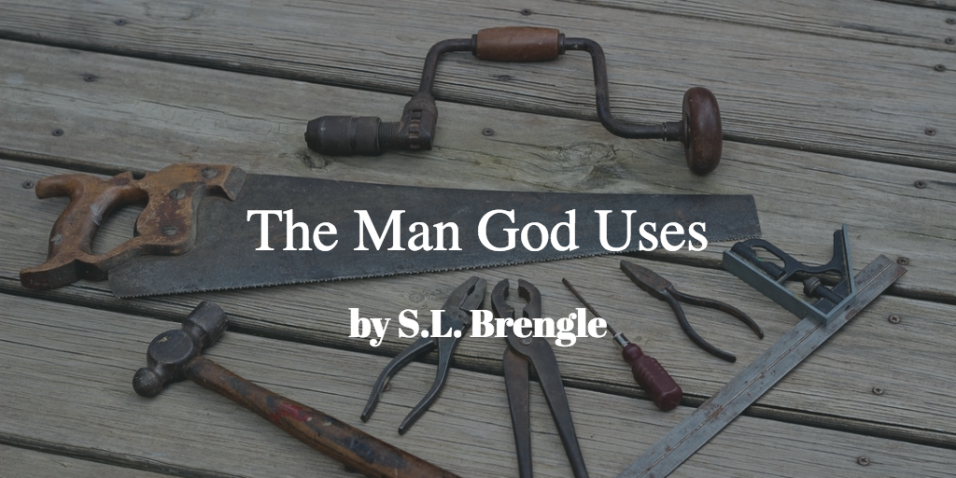 A while ago I was talking with a Christian merchant who expressed a great and important truth. He said:

“People are crying to God to use them, but He cannot. They are not given up to Him; they are not humble and teachable and holy. There are plenty of people who come to me and want work in my store, but I cannot use them; they are not fit for my work. When I must have someone, I have to go and advertise, and sometimes spend days in trying to find a man who will fit into the place I want him for, and then I have to try him and prove him to know whether he will suit me or not.”

The fact is, God is using everybody that He can, and using them to the full extent of their fitness for His service. So, instead of praying so much to be used, people should search themselves to know whether they are usable.

God cannot use anybody and everybody who comes along any more than the merchant could. It is only those who are “sanctified, and meet for the Master’s use, and prepared unto every good work” (2 Timothy 2:21) that He can bless with great usefulness.

God wants men and women, and He is hunting for them everywhere; but, like the merchant, He has to pass by hundreds before He finds the right individuals. The Bible says: “The eyes of the Lord run to and fro throughout the whole earth, to shew Himself strong in the behalf of them whose heart is perfect toward Him” (2 Chronicles 16:9).

Oh, how God wants to use you! But before you ask Him again to do so, see to it that your heart is “perfect toward Him.” Then you may depend upon it that God will show Himself strong in your behalf. Glory to His dear, dear name!

When God searches for a man to work in His vineyard He does not ask, “Has he great natural abilities? Is he thoroughly educated? Is he a fine singer? Is he eloquent in prayer? Can he talk much?”

But, rather, He asks, “Is his heart perfect toward Me? Is he holy? Does he love much? Is he willing to walk by faith, and not by sight? Does he love Me so much and has he such childlike confidence in My love for him that he can trust Me to use him when he doesn’t see any sign that I am using him? Will he be weary and faint when I correct him and try to fit him for greater usefulness? Or will he, like Job, cry out, ‘Though He slay me, yet will I trust in Him’? (Job 13:15). Does he search My word, and ‘meditate therein day and night,’ in order to ‘do according to all that is written therein’? (Joshua 1:8). Does he wait on Me for My counsel and seek in everything to be led by My Spirit? Or is he stubborn and self-willed, like the horse and the mule, which have to be held in with bit and bridle (Psalm 32:9), so that I cannot ‘guide him with Mine eye’? (Psalm 32:8). Is he a man-pleaser and a time-server, or is he willing to wait for his reward, and does he seek solely for ‘the honor that cometh from God only’? Does he ‘preach the word’ and is he ‘instant in season, out of season’? (2 Timothy 4:2). Is he meek and lowly in heart and humble?”

When God finds such a man, He will use him. God and that man will have such a friendly understanding with each other, and such mutual sympathy and love and confidence that they will at once become “workers together” (2 Corinthians 6:1).

Paul was such a man, and the more they whipped him and stoned him and tried to rid the earth of him, the more God used him. At last they shut him up in prison, but Paul declared with unshaken faith, “I suffer trouble as an evil doer, even unto bonds; but the word of God is not bound” (2 Timothy 2:9); and so he spoke God’s word, and neither devils nor men could put shackles on it, but it pierced right through the prison walls, and flew across oceans and continents and down through the long centuries, bearing the glorious tidings of the blessed Gospel; overthrowing thrones and kingdoms and powers of evil, and everywhere bringing light and comfort and salvation to dark, troubled, sinful hearts. Though more than eighteen hundred years have passed since they cut off Paul’s head and thought they had done with him forever, yet his usefulness increases and his mighty words and works are today bearing such fruit to the good of men and the glory of God as passes the comprehension of an archangel.

Oh, how surprised Paul will be when he receives his final reward at the general judgment day, and enters into possession of all the treasures he has laid up in Heaven and the everlasting inheritance prepared for him!

Poor, troubled soul, cheer up! Be of good courage! You think you are useless, but you do not know. Trust God!

Paul saw dark days. He wrote to Timothy one day and said, “This thou knowest, that all they which are in Asia be turned away from me” (2 Timothy 1:15). Study his life in the Acts and the Epistles, and see what conflicts and discouragements he had, and take courage!

Jesus said, “He that believeth on Me, as the Scripture hath said, out of his belly shall flow rivers of living water. (But this spake He of the Spirit, which they that believe on Him should receive…” (John 7:38-39).

Samuel Logan Brengle is one of the easiest pastors to read. We’ve often compared his writing to having coffee with an uncle rather than receiving in-depth spiritual instruction, but you will definitely get the latter!

While working with the Salvation Army, Brengle wrote several books, which have been a great blessing to anyone wanting a deeper spiritual walk.

This post is a chapter from his classic Helps to Holiness, which is available both on your Kindle and in print. 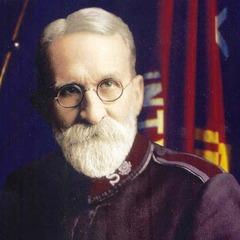