What I Saw and Heard in Wales, by E.W. Moore

Jawbone Digital > Blog > Devotional > What I Saw and Heard in Wales, by E.W. Moore

This is the first blog post that has been emailed since we rebuilt our mailing list. I want to take this opportunity to thank each of you for hanging with us through this transition, and doubly thank all of you who have reached out and blessed us with your encouraging words. It means more to us than you know.

The following post is taken from the book The Story of the Welsh Revival by Eyewitnesses. This book documents some happenings during the Welsh Revival that occurred in the early twentieth-century, which was led by Evan Roberts. This revival directly influenced and impacted the Azusa Street Revival in Los Angeles, California, which is considered to be the beginning of the modern-day Pentecostal movement.

This eBook is available in its entirety from the following retailers:
Amazon — B&N — Kobo

What I Saw and Heard in Wales

“When the Lord turned again the captivity of Zion, then were we like unto them that dream.” —Psalm 126:1

If the Psalmist had penned this verse in South Wales today, it could not be more appropriate to the state of things around us. The awakening in these quite valleys and hills must be seen to be realized, and when seen it seems too good to be the sober fact it really is. How shall I attempt in a few lines to describe what I have seen during the last three days?

The very first thing that strikes one is the absolute “liberty of prophesying” which characterizes the meetings. There is no leader, and yet there is an unseen control. “The clock,” says Evan Roberts, “no longer determines the time of the meetings.” It is quite true they may be announced to begin at a certain hour, but it would be almost true to say they have no beginning and no end. The meeting is in full swing with prayer, praise, and testimony, hours before Mr. Roberts arrives; and if another meeting is to follow in the evening, it frequently continues after he has left. No one is asked to speak, sing, or pray; all are invited to follow the guidance of the Spirit. The missioner himself is constantly interrupted in the course of his address. Sometimes his words are drowned in a chorus of song, sometimes by the liquid notes of one of the soloists accompanying him. But there is no sense of discord, no break in the harmony. It is like the progress of a stream, now gliding peacefully through the pastures, now thrown into living disorder in the rapids, but whether in storm or calm, still flowing always to the sea.

In Wales nearly everyone knows how to sing. Children of nine and ten frequently can read music. The singing in these meetings is phenomenal. Choir? No doubt there are choirs, but in these gatherings the whole congregation is the choir. 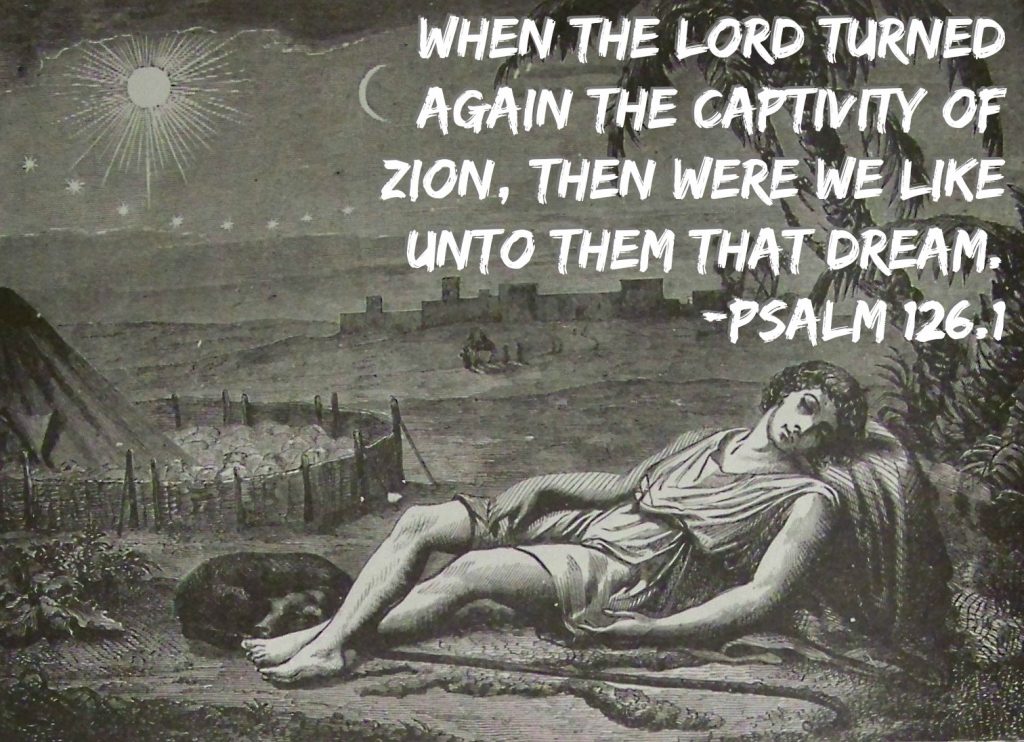 If one ventured a criticism at all, perhaps it would be that there is almost too much singing. There was not so much exposition of Scripture as we are accustomed to in England, yet the Scripture was never omitted, and its truths were the burden of every song.

Another most remarkable feature in these meetings is the number of men who attend them. By far the greater proportion of the audience are men, and most of them young men. No doubt the youth of the missioner and the fact that he is one of themselves, is a powerful attraction. But it would need something more than human attraction to draw from the lips of young men the public confessions of sin, the passionate cries for mercy, the open avowals of dedication to Christ, which I have heard and seen during the last few days.

Wonderful transformations have been wrought in these meetings. I have myself witnessed scenes of which I can only say that they reminded me of the accounts of apostolic days. In fact, I cannot, and do not, doubt that this Revival is one of the many fulfillments of the prophecy of Joel (Acts 2:16-17); and who can tell what it presages for the world?

But what, asks some one, are the practical results of the revival? Praying, and singing, and testifying are well; but does the work end there? Let me give in reply one or two incidents which have come under my personal notice.

Only yesterday a gentleman known to me told me that the doctor of the little village in which our conversation was taking place had surprised him by saying: “Well, the revival is doing me good, anyway.” “In what way?” asked my informant. “Do you mean that you have more patients?” “Not at all,” was the reply; “but £23 due to me, which I had written off my books as hopelessly bad debts, have been paid to me since the revival began.”

Take another instance: The traveler of a certain firm in South Wales had ten years ago a grudge against his employers, because expenses incurred, as he maintained, on their behalf, amounting to £5, had not been paid him. Some months after a mistake was made in a balance sheet issued by the firm, which put £3 more than he was entitled to receive into his pocket. He saw the mistake at once, but he argued: “No, they owe me £5 really. I shall let this £3 go against it.” This was ten years ago. He was a professing Christian at the time, but ever since then, whenever he attempted any Christian work that £3 came up before him, and he could not do it. A short time back the revival came to his church. He was acting as sidesman, or in some similar capacity, and be asked a passer-by to come in and attend the service. “Not I,” said the other. “The people inside are no better than I am.” It was a common taunt, but it went to his heart. It was true the man was no worse than himself at any rate. For was not he a thief? He could get no sleep that night, and the next day he opened communication with the firm which he had long since left. The money was repaid, and a breach between himself and his former employers, which had lasted all these years, was finally healed.

Such evidences of the reality of this work could be multiplied indefinitely; all Wales is ringing with them. There is no question as to it being a work of God. The question is, How is it going to affect ourselves? What blessing, it may be asked, does it bring with it to those who are already Christians? What supreme lesson does it teach? I have no hesitation in giving one answer, at any rate, to such questions. This revival furnishes an illustration of the constraining power of the love of Christ. The young man whose name is on every lip, and who, though on this dizzy pinnacle of notoriety, has not only not lost his balance, but is thus far, at any rate, safe hidden in his Master’s shadow, what is his secret? I believe if he were asked he would answer in the words of St. Paul: “The love of Christ constraineth me” (2 Corinthians 5:14) He has had a vision of Calvary—interpret the words as you will He has seen:

One hanging on a tree,
In agonies and blood,

and the sight has enthralled him.

He can see nothing else in comparison with this sight. And the Spirit, the Spirit of Calvary, the Spirit of the Divine Love, has descended upon him, and has made that young man what he is today—a transparency through which Christ shines upon souls around. If we as teachers and workers are to learn an abiding lesson from this revival, it is here: What we need is a fresh vision of the Cross. And may that mighty, all-embracing love of His be no longer a fitful, wavering influence in our lives, but the ruling passion of our souls.

[bctt tweet=”When the Lord turned again the captivity of Zion, then were we like unto them that dream. –Psalm 126:1″ username=”JawboneDigital”]