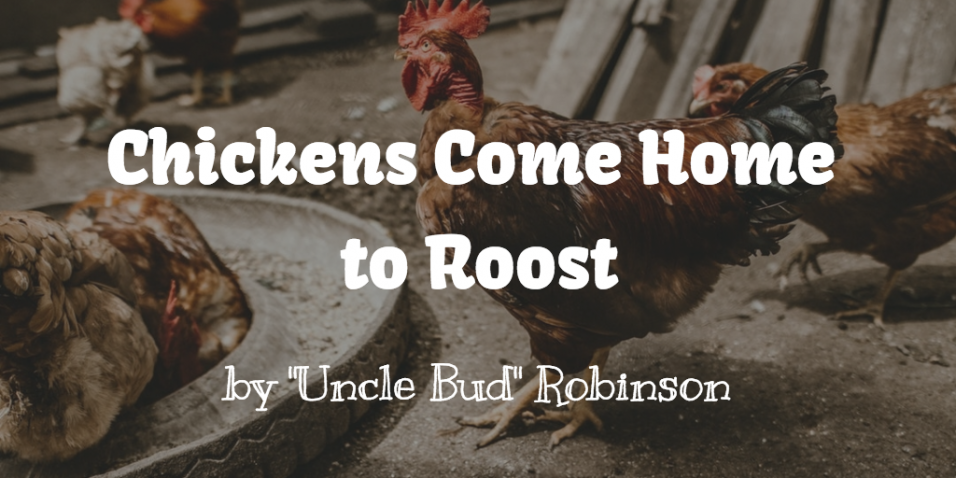 In the Book of Exodus, the first chapter and twenty-second verse, we read that Pharaoh commanded that Moses be drowned in the river Nile. But Moses being God’s favorite child, and a child that was predestined to do a great work for God and for God’s people, God’s eye was on this remarkable boy. The reader will understand that this boy Moses was to give the law to the world. And when Pharaoh laid his plans to drown Moses, God was much displeased with Pharaoh’s plan. We read that God had Pharaoh take Moses and educate him until he was taught in all the wisdom of the Egyptians, and he was the most mighty man intellectually in the whole nation. After the education of Moses was complete we read again in the Book of Exodus, at the fourteenth chapter and twenty-seventh verse, that God had Moses drown Pharaoh, so we See that the very kind of death that Pharaoh planned for Moses, God and Moses planned for Pharaoh. So, my beloved, don’t plan something evil for your neighbor, for it is possible that the very death that you plan for your neighbor, God will allow to come to you. For “chickens come home to roost.”

HUNG ON HIS OWN SCAFFOLD

Again we read in the Book of Esther, in the fifth chapter and fourteenth verse, that Haman had a gallows built fifty cubits high, to hang Mordecai on. Mordecai was a holiness man and was a man with such spiritual insight that God’s peculiar love and protection were thrown around this remarkable Jew. He was a man of great wisdom and piety, while Haman, sorry to say, had neither one. But we see that the plans of Haman were all defeated; God’s hand was with the holiness man and against the holiness fighter. So we read again in the seventh chapter of Esther and ninth verse that Haman himself was hanged on the same gallows that he had erected to hang Mordecai on. This is another proof of the fact that “chickens come home to roost.” The reader will remember that Pharaoh planned to drown Moses, and God had Moses drown Pharaoh; now Haman built a gallows to hang Mordecai on, and God planned and worked the plan successfully, and to the surprise of everybody in Babylon, Mordecai hung Haman on the gallows that Haman built to hang Mordecai on.

CAUGHT IN THEIR OWN TRAP

We read again in the opening of the sixth chapter of Daniel that all the presidents and governors and princes had laid a plot that was very dirty and subtle. This scheme was so subtle that even the king was deceived by it.

This plan was to catch Daniel, the only holy man in the city of Babylon at that time. These holiness fighters and holiness haters and God-rejecters pretended to be great friends of the king, and now they rushed to the king as though they were much interested in him and his affairs, and said, “O King, live forever!” Then they notified him that all the governors and princes and presidents desired to bring great honor to him, and now they said, “King, we want to pass a decree, and sign it with your ring, which is, according to the Medes and Persians, unchangeable. And this is the plan: for the next thirty days no man shall ask a petition of any god except thee, O King.”

And the king, being completely caught with their guile, never once mistrusted their sincerity, but was blindly led into their scheme, passed the decree, and sealed it with his ring. Here is their piece of deception. And the decree was this, that if any man asked a petition in the name of any other god except the king, he was to be cast into a den of lions. Now, reader, doesn’t that look a good deal like the plans of a holiness fighter of the twentieth century? Where is there a man of any traveling experience that has not seen and heard just such dark, muddy, secret, mysterious plans worked out to get rid of some good, holy man or woman because of their beautiful testimony?

But, thank the Lord, we read that when Daniel knew that the decree had been signed, he went into his room, as he had been doing before, with his windows open toward Jerusalem, and on his knees he made his petition to Almighty God, three times a day, just as he had done before. And, behold, the governors and princes and presidents caught Daniel on his knees in prayer, and then they raised a shout and said, “We’ve got him! We set the trap for Daniel, and he is caught in it. The decree cannot be changed, therefore Daniel must go into the den of lions. We will get rid of this disturber of the peace of Zion.” And it was made known to the king that Daniel was caught in prayer, asking petition from God instead of him. At that time this subtle, black, mysterious, unbelievable, unthinkable scheme of the governors and princes and presidents was made plain to the king. He saw that they had not only caught Daniel, but they had caught him, for he loved Daniel, and he never even suspected that their plans were to catch Daniel.

So we read that he labored until the going down of the sun that Daniel might be delivered. But as the decree had been signed and sealed with his own ring, the decree could not be changed. Therefore Daniel must go into the lions’ den, and into the den of lions Daniel went.

But, bless your heart, we read immediately following that God had sent an angel, and had locked the lions’ mouths, and so Daniel spent the night in the lions’ den, and the king was so sad that he had all music and dancing and feasting suspended for the night. At break of day he hurried to the lions’ den, and cried with a loud voice and said, “O Daniel, has thy God delivered thee?” And Daniel shouted back, “O King, live forever! The God that I serve has delivered me,” and Daniel came out of the lions’ den without a mark on him. Then we read that the king had the governors and princes and presidents brought, and had them cast into the den of lions, and we read that the lions had the mastery of them and before they ever reached the bottom of the den their bones were broken. So we see again that “chickens come home to roost.”

THE DOGS LICKED UP HIS BLOOD

We read in 1 Kings, twenty-first chapter, that Ahab and Jezebel wanted to buy a vineyard that belonged to Naboth, and Naboth did not desire to sell his vineyard, and refused to take their offer, whereupon Queen Jezebel laid a plan whereby they might get Naboth’s vineyard. She notified the leaders of Israel to proclaim a great feast. While the feast was on, they were to prefer charges against Naboth, as though he had committed some bad crime, and take him out and stone him to death. They stoned him at the pool of Samaria, and the dogs licked up his blood. Whereupon Jezebel called Ahab, and told him to go down and take possession of Naboth’s vineyard, for said she, “Naboth is dead, and is not alive.”

God sent the prophet Elijah to meet Ahab at Naboth’s vineyard, and Elijah said, “In the place where dogs licked the blood of Naboth shall dogs lick thy blood, even thine” (1 Kings 21:19). And we read that Ahab was killed in battle, and brought back to the pool of Samaria in a chariot. The blood was washed out of the chariot, and the dogs licked it up where they did the blood of Naboth.

Then Elijah declared again that the dogs would eat the flesh of Jezebel. We turn and read in 2 Kings, the ninth chapter and the thirty-sixth verse, that when Jehu was anointed king and went into Samaria and had a great feast, that Jezebel dressed up and looked down from the upper story at the young king. He commanded his servants to go up and pitch her out of the window head foremost into the streets and kill her. When his dinner was over, he told the servants to go and bury her, but, behold, the dogs had eaten her up, and nothing remained but her head and feet and palms of her hands. Then Jehu said, “This is the word of the Lord, that the dogs shall eat up Jezebel.”

Reuben A. “Uncle Bud” Robinson wrote many books during his ministry. While certainly non-traditional, his ministry continues to bless many today. If you’ve not heard of Robinson before, might we suggest the story of his conversion? It’s also available on our blog here.

For even more, you can find many of his book on Amazon, and wherever eBooks are sold.