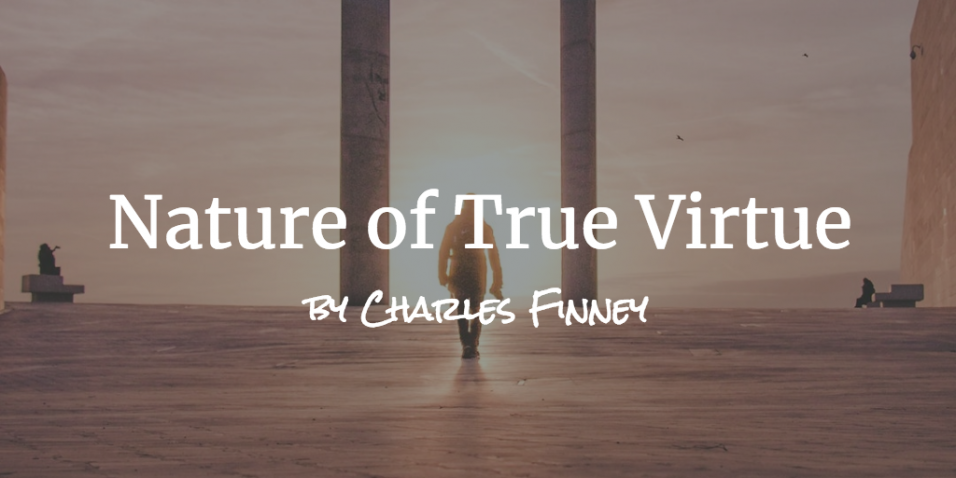 Charles Finney, Holiness of Christians in the Present Life

Finney has an author page on our site, with links to other blog posts, his books, and a good amount about his life. We’d like to think it’s a pretty solid resource for Finney’s readers, and we hope that you’ll agree.

This selection comes from Finney’s book Holiness of Christians in the Present Life, which is available for your Kindle.

But enough about that. Enjoy this post, and have a blessed week!

For all the law is fulfilled in one word, even this, Thou shalt love thy neighbor as thyself. —Galatians 5:14

In this lecture I propose to show,

I. WHAT IS INTENDED BY THE TERM LOVE.

II. THAT THE THING INTENDED IS THE WHOLE OF VIRTUE.

I. What is intended by the term love.

It is of the utmost importance to understand the bible meaning of the term love. It is represented in the text, and the Bible generally, as the substance of all religion, and the only preparation for heaven. What can be more important?

II. Benevolence is the whole of virtue.